When is the Right Time to change your air suspension system?

When is the Right Time to change your air suspension system? 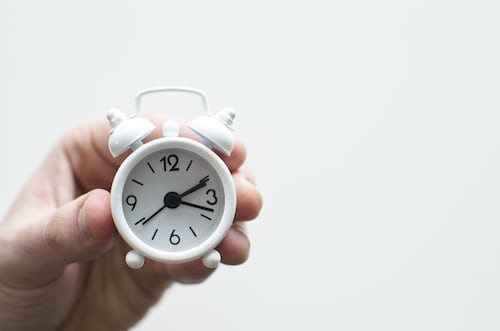 Almost every vehicle designed today, especially SUVs and luxury cars, is equipped with an in-built air spring suspension system. These systems, also called air springs are there to serve a similar purpose to the conventional suspension springs and shocks. However, conversely, they utilize compressed air present in an inflatable bag made up of predominantly rubber, as opposed to the traditional metal tubes and hydraulic fluids. These vehicles feature a mounted compressor that works to inflate the airbags, ultimately raising the vehicles, enhancing their firmness when suspended. Besides, when deflated airbags tend to lower the truck or car and soften the overall ride. Essentially, air springs are just metals wrapped with a thick rubber coating, contributing to the sizable extent of flexibility and strength attributable to them.

Although, as we can see from this concise description, air springs are heavy-duty in terms of their build quality, continuous strain and inflationary and deflationary stress could make them wear out as time passes, causing a need for their replacement. Anytime your air suspension system is faulty, your vehicle tends to show a few indications that will alert you that there's something wrong somewhere. Thus, whenever your vehicle shows any of the indications covered in this article, then it’s time for a replacement.

Get ready to change/repair your air suspension system when you notice these;

Here is a common issue attributable to most airbag suspension kits as they age. Over time, its rubber parts will be subject to deterioration, which could cause tears, and holes, and subsequently, air leaks. There are several symptoms you’d notice when your air suspension system is suffering from an air leak. For instance, you'd notice a bumper ride as a faulty air Spring wouldn't be able to absorb shock as you hit bumps on the highway. Thus, every movement is translated directly to the suspension system, devoid of any form of cushioning.

One common indication you'd notice in air springs due to a change due to leakage is a compressor that runs constantly. Anytime there’s a fault in the air suspension system which makes it lose air, the compressor will always try to signal and activate its compensatory mechanism for the loss by repeatedly and continuously pumping pressure to sustain the inflation of the bag as well as maintain the normal pressure within the system. In cases where your compressor keeps running nonstop, you should pay close attention and evaluate your system as soon as possible. Not giving ears to this could eventually leave a significant strain on the compressor, which can hasten its failure and wear off.

Besides this, whenever your air Spring seems to be leaking, you'd notice a significant height drop in the entire vehicle, or some cases, sagging around the areas where there the faulty air Spring is positioned.

Sagging of the suspension

Anytime your air springs are wearing out, they will be deprived of the ability to offer you the required support to keep your vehicle at a balanced level and suspended appropriately. In situations whereby one or several airbags fail or are faulty, this may cause your vehicle to sag in that particular area or entire corner. Saggy suspension significantly minimizes comfort and handling, and even in more severe situations, your can may say to an extent that it starts affecting the cruise control characteristics as well as steering of your car.

A damaged compressor is another visible indication that suggests it’s time to change your airbag suspension. As briefly highlighted earlier, a compressor’s primary purpose is maintaining the inflation of the airbag. Usually, it tends to malfunction due to excessive stress and work, or when its operations are beyond its threshold. As such, it wears out, causing its failure faster. One approach to evaluating a damaged compressor is examining the height of your ride. Suppose it's below the normal, then your compressor’s operation may be adversely influenced. Besides, hearing noises emanating from this part could also serve as an indication for compressor concerns. Note that, whining, grinding, or clinking are usually issues with your fan.

Air that is compressed within your airbag suspension kit tends to contain moisture which can constitute serious damage as it accumulates over time. Usually, this concern usually stems from malfunctions in your air dryer. In essence, your air dryer is a part of the airbag suspension system created to eliminate moisture from air compressed within the system. Too much moisture in the system, as aforementioned, could consequently cause corrosion as well as rust. If you leave this to go on over an extended period, you'd eventually need to change your air springs at some point.

Carefully examining your air suspension system for any form of physical damages such as rust, is one practical approach to detection whether or not is there excessive moisture within the air compressed therein. This concern could likewise take a toll on your vehicular leveling ability, its compressors, as well as the output of the entire air suspension. Again, always ensure that you examine the Performace as well as the stance of your car. When the ride is lower than normal, you notice sagging when parked, this could be an indication of excessive moisture within the air suspension system.

The fastest and the most accessible approach to fixing these common indications of a faulty air suspension system is getting the entire system repaired or particular parts changes as soon as you catch a glimpse of any of these symptoms highlighted above. This could save you from spending more on total system damage. With an understanding of these common air suspension concerns that may get you to change or repair them, you've overcome the first step towards preventing an entire system failure. Now, you can take your time to examine these problems and when you see indications, you can go on to schedule a repair.

Added to your cart: